Master Gordon W. White began training in Taekwondo in 1983 and became a student of Blue Wave founder Grandmaster Twing in 1986. In 1987 Master White trained in Korea for two months. After returning he won the 1988 AAU National Taekwondo Championships.

"I was made to feel that I had tremendous potential and that by practicing Taekwondo and dedicating myself to it, I would be successful in anything I wanted to pursue," Master White said of his training.

In 1991 Master White moved to Korea and attended Yonsei University as an exchange student. During his year abroad, he trained with several established university, high school and professional Taekwondo teams.

He is a former U.S. National Team member and international medalist. Between 1993 and 1996, he was one of the United States Taekwondo Union's Light Weight competitors, representing the US National team at such events as the World Games, World Cup, and the Japan Open. Some of his career accomplishments include placing 3rd at both the World Cup and the Japan Open in 1996.

He opened Burlington Blue Wave in downtown Burlington in 2000 and now has more than 80 students.

"Teaching has made me understand Taekwondo far better than if I had just remained a practitioner," Master White said. "The satisfaction comes in seeing the school grow, watching the student progress and the competitor's performance improve."

sparring at the Burlington Blue Wave 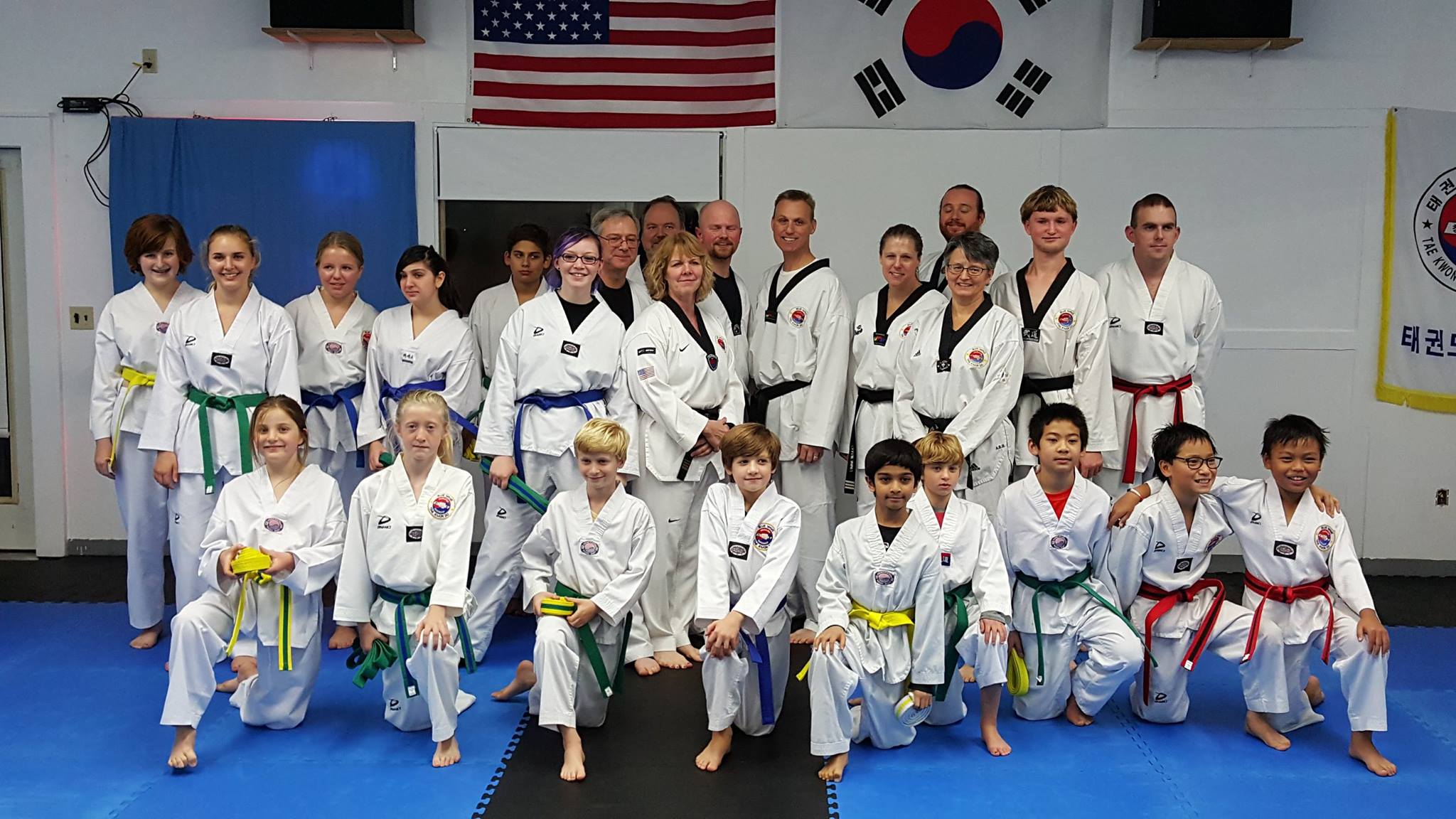 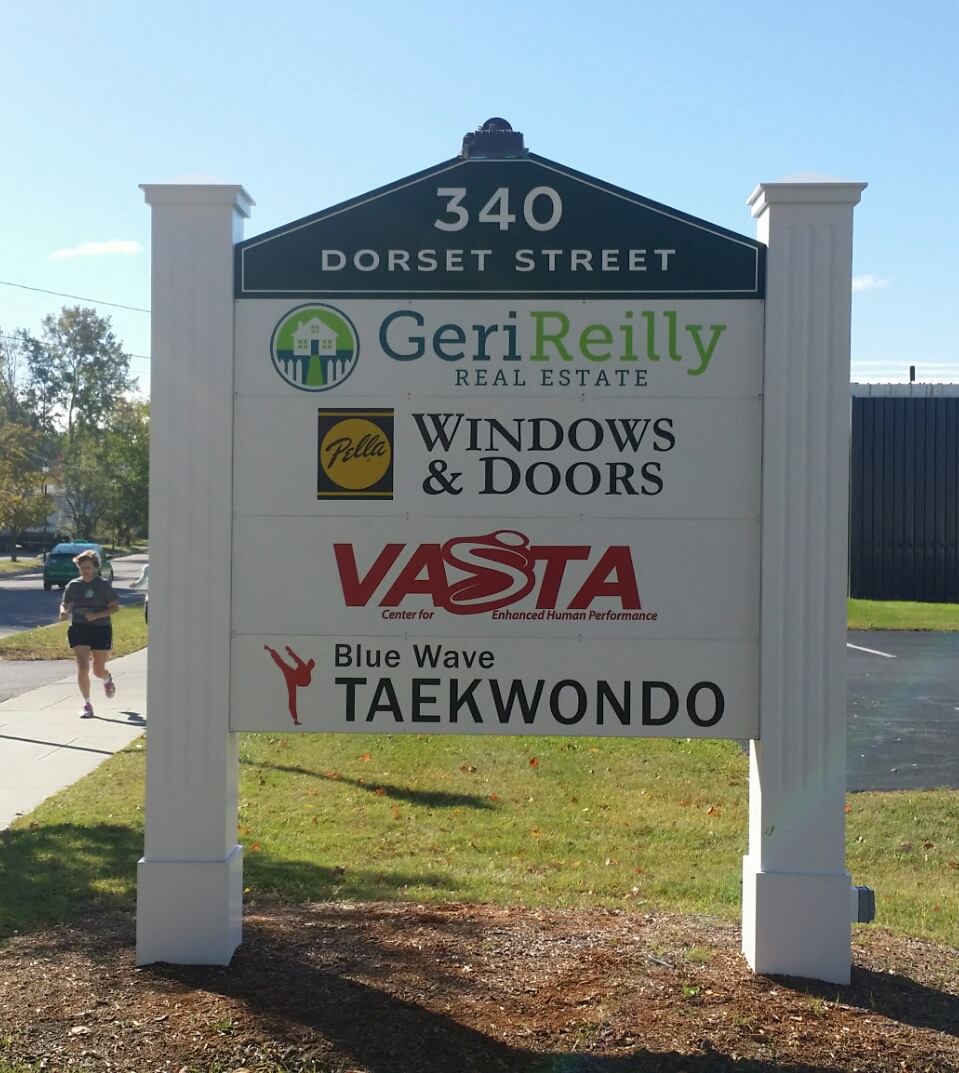 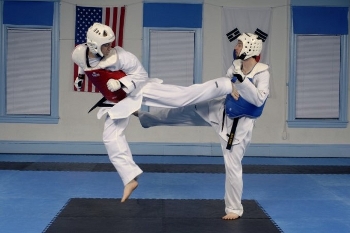 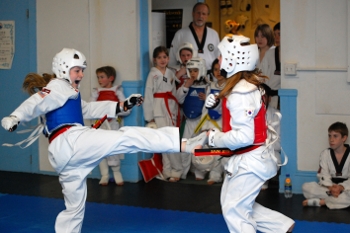 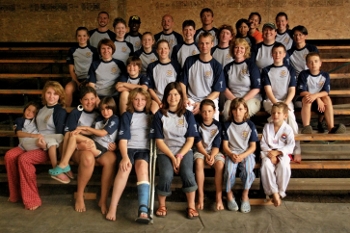 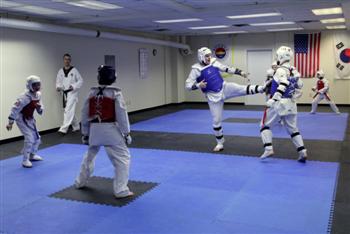 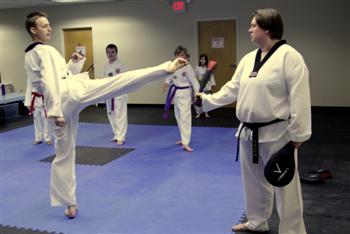 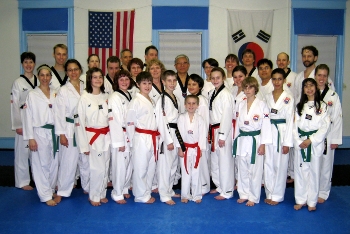 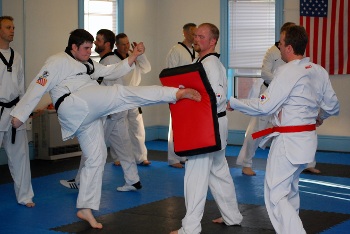 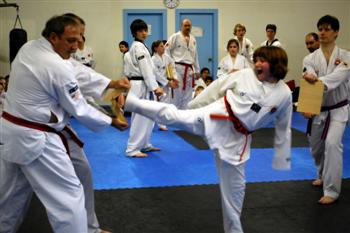 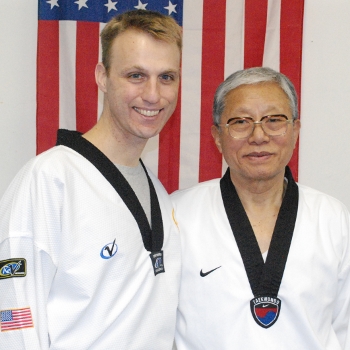